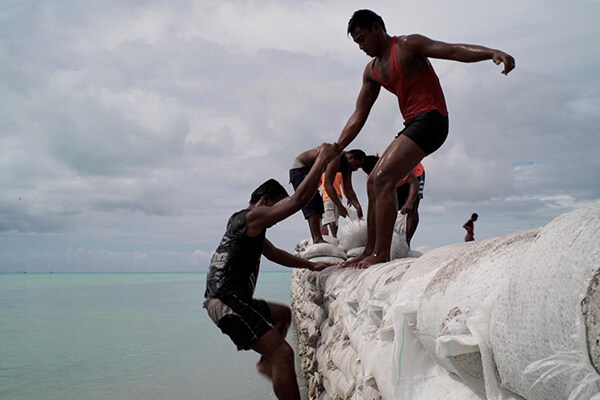 As part of Take One Action Film Festival (Local’s initiative) we are pleased to bring you this free screening of Anote’s Ark. The film will be followed by a discussion on the issues raised.

As rising sea levels threaten the low-lying Pacific nation of Kiribati, its president, Anote Tong, seeks to wake up policy makers across the globe to the reality of climate change and to help his homeland from being washed off the face of the earth.

For many of his people, such as mother-of-six Sermary, climate change is already an inescapable reality, with typhoons and saltwater repeatedly destroying homes and livelihoods. While Mr Tong seeks global solutions – some of which advocate building floating islands or underwater cities – Sermary considers abandoning her endangered homeland for a new life thousands of kilometers away in New Zealand, and becoming one of Kiribati’s many climate refugees.